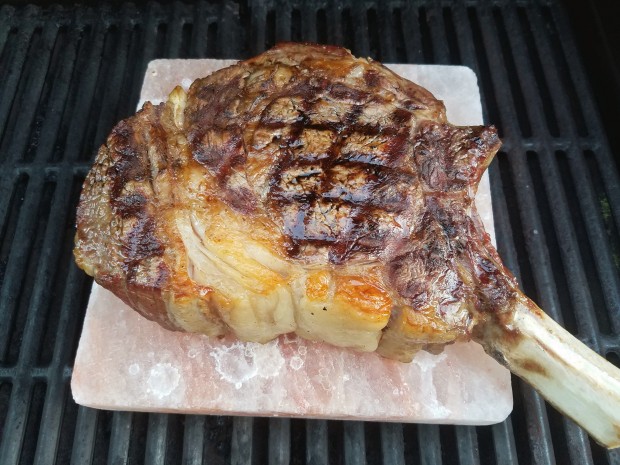 As mentioned last week, we were supposed to be out of town for my birthday but it didn’t work out. That’s ok, but it left us with a big question: what to do? Normally it’s dinner at one of my favorite restaurants but I didn’t feel like that. Instead, I decided we’d get a really nice cut of beef and a good bottle of wine and just grill for Sunday/birthday dinner. END_OF_DOCUMENT_TOKEN_TO_BE_REPLACED

It’s really weird to be home when you’re supposed to be somewhere else. This week’s regular post was supposed to be interrupted by a trip to Germany to see my brother and his family…but…things didn’t quite work out that way. END_OF_DOCUMENT_TOKEN_TO_BE_REPLACED

Labor Day has come and gone and just like it’s time to put away the whites, it’s also time to start thinking about fall recipes. To say I’ve been waiting all summer to make Carcamusa is a small understatement. Charctueria calls it ‘Spanish Chili’ and I thought this would be a great way to unofficially start my fall cooking. END_OF_DOCUMENT_TOKEN_TO_BE_REPLACED 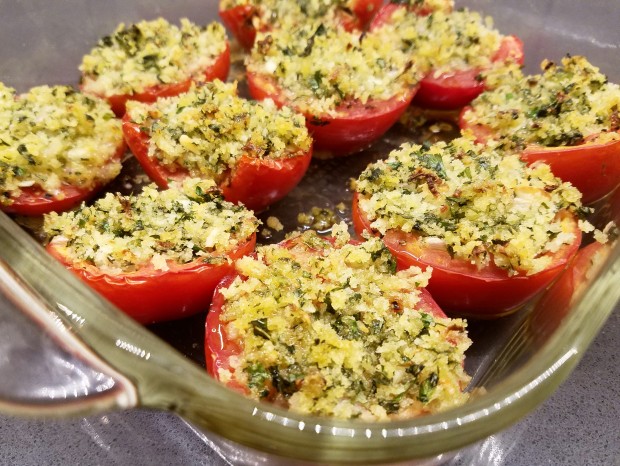 We toned down our garden a little this year but the one thing I’ll always grow are tomatoes. There’s nothing like fresh tomatoes you’ve grown yourself. So sweet and flavorful. I am always reminded how wonderful it is to grow your own tomatoes with the first bite I take of one just picked off the plants. And since we’re at the end of August, our tomato plants are giving us a lot to work with. END_OF_DOCUMENT_TOKEN_TO_BE_REPLACED

I was having some trouble coming up with an idea for this week so I took a look at my mom’s recipe books. Always good ideas for summer vegetables in them. I was thinking about a quick cold soup for weeknight dinner and spied an ingredient which got my creative wheels turning: fennel. But what else to add to the mix? END_OF_DOCUMENT_TOKEN_TO_BE_REPLACED

Labor Day is approaching fast so it’s time to squeeze the most out of the summer fruit. You try to get them into everything while they last. I bought some really good looking peaches last week to add to sangria and had a couple left.  Since my fresh ricotta tart is one of the few desserts I can actually do really well I thought I’d make one with the remaining peaches. END_OF_DOCUMENT_TOKEN_TO_BE_REPLACED

If there is one food which brings back fond memories of our honeymoon it is botifarra amb mongetes. Catalan sausage and beans. The food counters in the back of the big market, Mercat de la Boqueria, in Barcelona is where I had my first plate of this specialty and it was delicious. Looking back now with 20/20 hindsight, I could say this was the possibly moment I really started to embrace and become intrigued with the art of the sausage. END_OF_DOCUMENT_TOKEN_TO_BE_REPLACED

Not quite a summery food post but I learned about this particular dish while we were checking out a new brewery in our neighborhood, Dovetail. Dovetail makes German, Belgian, and Czech style beers. We really like them a lot. After the brewery tour on Saturday we struck up a conversation with one of the owners about sausages. The two owners had spent time in Germany doing the Siebal Master Brewer program and he asked if I made blaue zipfel (or was it sauer zipfel? not sure,  I’d had a few beers and they’re the same thing apparently). I replied, what’s that? END_OF_DOCUMENT_TOKEN_TO_BE_REPLACED

Cucumbers. There are a lot of them floating around right now. We picked up a bunch of pickling cukes, you know those smaller ones which look like pickles, so this week I decided to make some pickles. But not just any pickles. Million Dollar Pickles. At least that’s what my mom’s recipe book calls them. You may also know them as Bread and Butter pickles. END_OF_DOCUMENT_TOKEN_TO_BE_REPLACED

Last weekend on our way home from a round of golf last we stopped at a farm stand which had some really big cantaloupes. Like as big as my head big. When I saw them I knew I’d be doing something with one for this week’s post. If it’s hot and miserable where you are, like it’s been here, then this cold melon and prosciutto soup will help. Very light and refreshing, and full of flavor! END_OF_DOCUMENT_TOKEN_TO_BE_REPLACED