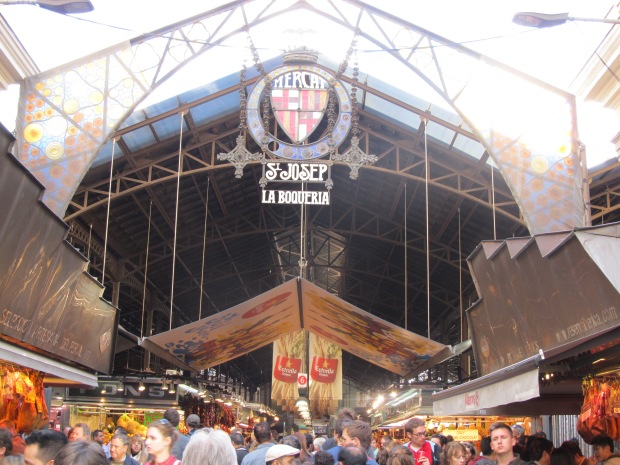 After Cheryl and I got married we spent our honeymoon in Rome, Sardinia, Florence, and Barcelona.  Barcelona came at the tail end for just a couple of days and we found ourselves wishing we had spent more time there and uttered words many travelers have said “well, we’ll just have to come back.”  So when the opportunity to return to Barcelona presented itself over Easter weekend we took it!  We’d only have about 48 hours in Barcelona which just goes to show how much we like this city.

You may be thinking “just 48 hours isn’t enough” and you’re right.  However, Barcelona is a great city to do this in.  Sure you’re tired from the flights and the time change is messing you up, but since everyone starts to eat and drink later at night than you might be used to (if coming from the USA of course) it feels like early evening to you and closer to your normal eating time.  Because of this you don’t feel too guilty about sleeping in and potentially missing anything.  It really helps if your traveling companion is also on board with this.

Since we’d been to Barcelona once before we had a good idea of where we wanted to stay and what we wanted to do.  First and most important was a trip to La Boqueria so we could get a bite to eat and pick up some pimenton (Spanish paprika) and saffron.  I love this market.  There are hams and cured meats hanging at a lot of stalls as well as fishmongers, fruit and vegetable vendors, and spice stalls.  One of the best features of the market are the food counters scattered throughout where you can hop onto a stool and just pick out different items like tortilla, chorizo, or the local sausage dish botifarra and white beans which is excellent.  It’s a great place to wander around, have some food and a glass of wine, and do some shopping.  When you visit Barcelona you have to go here, and I daresay you could do lunch here every day and feel you ate very well throughout your stay.

La Boqueria isn’t the only place you can find food and drink in Barcelona.  You can pretty much find tapas bars anywhere in the old part of the city.  We were staying in the El Born area which has lots of bars, restaurants, shops, and while it’s close to Ramblas it’s far enough away from the really touristy areas.  There were two places we really liked in our neighborhood and both were near the Church of Santa Maria del Mar.  The first was a tapas bar called Sagardi recommended by our apartment host.  One of our travel rules of thumb is avoiding places which have pictures of food on a board by the door or anyone hawking free drink coupons.  Sagardi met this criteria and the tapas there was good.  It’s self-serve where you pay per piece based on how many toothpicks you have on your plate.  The cold pieces are good but be on the lookout for the hot tapas which comes out of the kitchen with no warning.  We also really liked this wine bar La Vinya del Senyor which was right in front of the church.  They had some delicious wine and we ended up ordering by the glass from their list of specials but here’s a tip: just find a bottle of wine from their list or pick one from the wall.  It’s a much better value than ordering by the glass.  We’ll remember this for the next time.

What else could we do in our short stay?  Our only full day in Barcelona was on Easter Sunday, so many of the shops and museums were closed but restaurants and parks were open so we decided to hop on the metro and go to Guell Park.  It’s up in the hills and has great views of the city.  The park was designed by Antoni Gaudi, the famous Catalan Modernist whose works can be seen throughout the city (the Sagrada Familia is probably his most well-known design).  It was a beautiful day with lots of sunshine and as you can see everyone was out enjoying the day.  The park was full of people but we were able to find some corners where we could get away from the crowds.  It’s a pretty big park with lots of trails and we spent a few hours there just walking around and taking it all in. 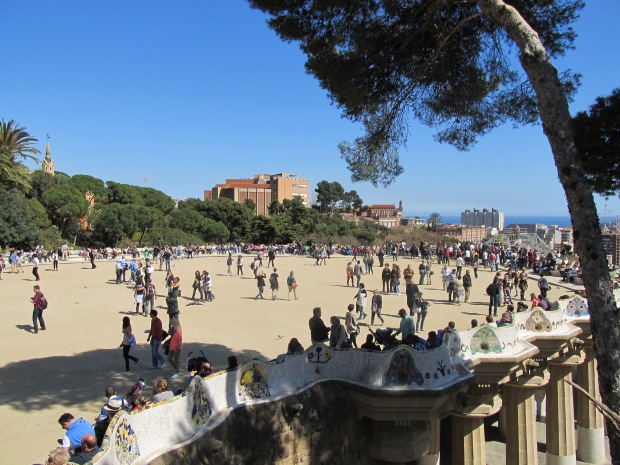 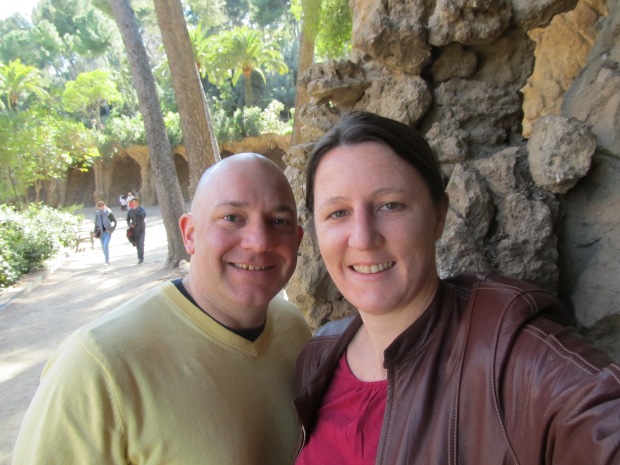 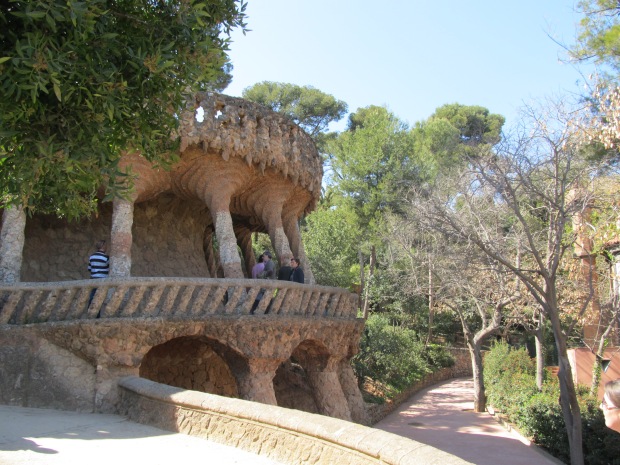 It kind of sucks that both times we’ve been to Barcelona it’s only been for a couple of days.  However, if we stay for a longer period we won’t be able to use the “we didn’t see enough we’ll have to come back” excuse.  Oh who am I kidding, there’s always going to be a soft spot in our hearts for this city which will make us come back again!